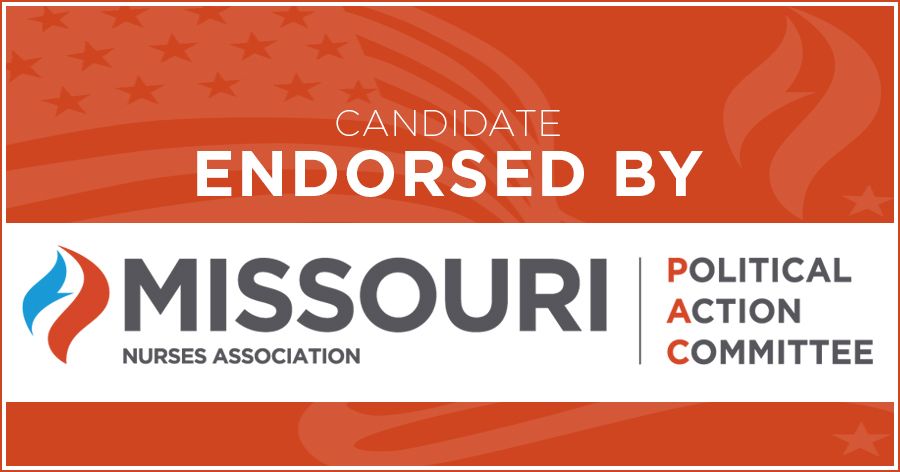 The Missouri Nurses Association Political Action Committee (MONA-PAC) is the only political action committee representing the interests of all professional nurses in Missouri. It was established to elect candidates that will advance MONA’s legislative and regulatory agendas.
MONA-PAC was founded in 1985 and since that time has interviewed and endorsed hundreds of candidates for elected office in the Missouri legislative and executive branches.

Each election cycle, MONA-PAC endorses candidates who have demonstrated strong support for nursing and health care issues and will best serve the interests of nurses and their patients. The Missouri Nurses Association and our PAC believe all Missourians deserve easy access to affordable, quality health care. All nurses should be able to practice to the full extent of their education and training.

MONA-PAC works to ensure that nursing’s perspective is considered in policy decisions made in Jefferson City. Endorsement decisions are based on several criteria including, but not limited to, candidate survey, campaign information, and the candidate’s voting record on MONA’s priority issues.

MONA-PAC is pleased to formally endorse the following candidates in their 2020 campaigns for the upcoming election.

DONATE TO THE PAC